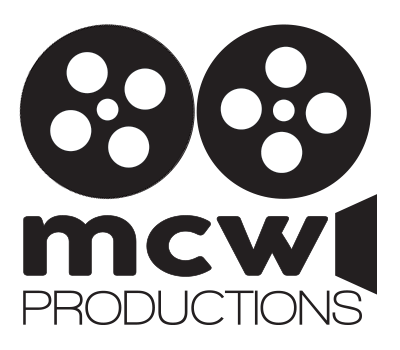 MCW Productions
We are an independent television production company specialising in all aspects of television from sponsorships to production, With over 16 years of experience all ideas and challenges are welcomed.
Contact Jason Kennedy  jason@mcwproductions.com.au
Or fill out our contact form

Series 8 2022 on 7mate
https://mervhughesfishing.com.au
Merv Hughes Fishing is a light hearted fishing show with some ripping catches, a few yarns (mostly true) mateship and of course a splash of comedy thrown in.

Merv Hughes Fishing series 1 aired 16th May 2015 with co-hosts Merv Hughes and Jason Kennedy.
Series 5 aired in 2019 and introduced Geoff "Squizzy" Taylor, one of Merv's best mates and new co-host of Merv Hughes Fishing. Ben Mix joined Jason Kennedy behind the scenes running all aspects of the shows production.
This year 2021 we see Merv and Squizzy back for series 7 in September with all new laughs and fun fishing adventures. 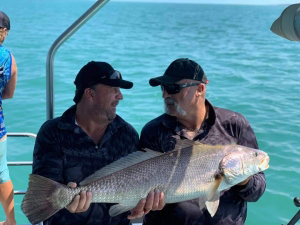 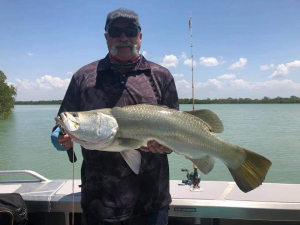 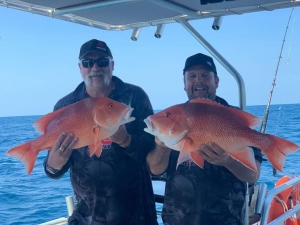 Series 4 on 7mate
https://theweekendprospector.tv
Each week The Weekend Prospector tackles some of Australia’s most famous gold rush regions as one man will risk life and limb each week to take his audience to the edge of your seat with his unquenchable, insatiable thirst for gold.

Australia boasts some of the most rugged and most dangerous terrain in the world including extreme deserts, mountainous ranges, exotic beaches and of course the most deadly of them all “The Outback”.

Our host and geologist  Andrew Bales has spent the past 35 years unearthing fact from fiction and brushing aside some of the planet’s most deadliest snakes and crocodiles in search of Australia’s Outback Gold.

The Weekend Prospepctor is one man’s quest to discover a bygone era, an era without written records, an era of Chinese whispers and myths of golden reefs and fortune, an era of buried treasures and hardships, turmoil and even murder, an era which will take him a to a place very few have been before and survived in his mission to discover Gold. 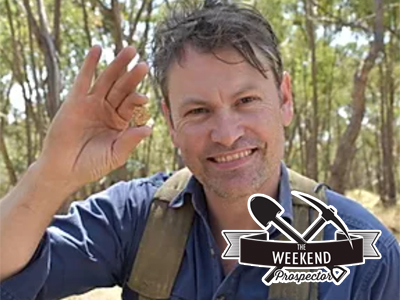 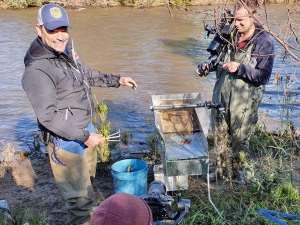 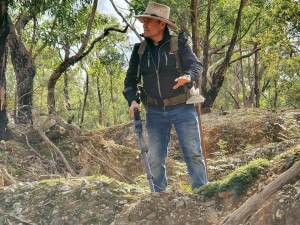 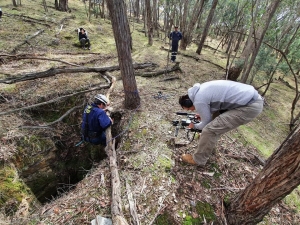 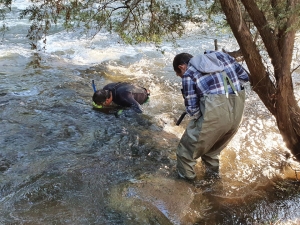 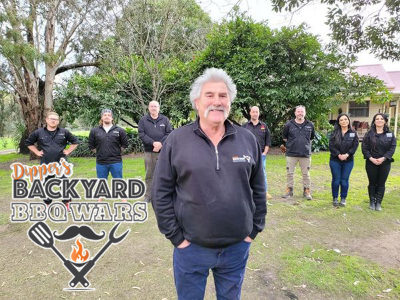 Series 3 on 7mate
https://dippersbbq.com.au
Australian footballing legend Robert "The Big Dipper" DiPierdomenico hosts the best Australian BBQ show exclusive to 7mate. Featuring an all-new line up of the country’s hottest and exciting BBQers for series 3. Each episode Dipper and the BBQers will demonstrate the ease of cooking the perfect BBQ for family and friends “The Aussie way”
Bring on the competition for 2021!! 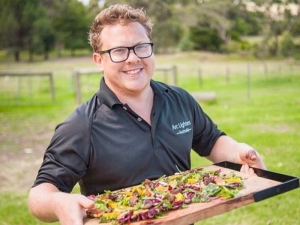 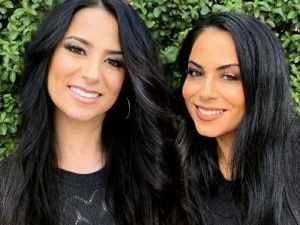 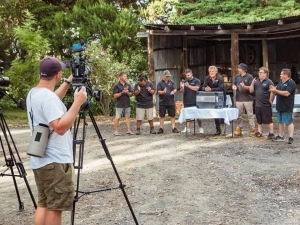 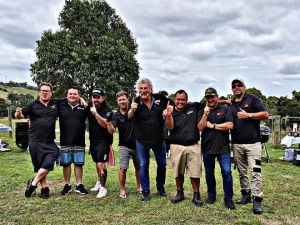 Series 2 on 7mate
https://dippersdestinations.com.au
Affectionately known as "Dipper", Robert DiPierdomenico played 240 games of AFL for the Hawthorn Football Club, winning five Premierships and the 1986 Brownlow Medal.
Post football, Dipper has become a hugely popular media personality with his larrikin and knockabout attitude, making him one of Australia's most bankable celebrities.
This fun-packed destination show on 7mate follows Dipper to some stunning locations the world has to offer. 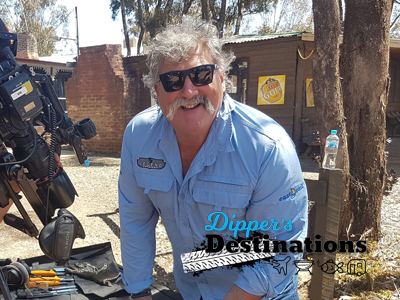 On Tour with Allan Border

Series 2 on 7mate
https://ontourwithab.com.au
In his first ever national TV hosting role 'AB' will head up our new and exciting caravanning show "On Tour with Allan Border". Having dedicated himself to this country for the past three decades with his forthright and stoic leadership, Allan is now bringing his expertise to guide three generations exploring this beautiful country. Over the eight week series, AB will lead three teams of caravan explorers from different age groups to challenge themselves to find the best this country has to offer. 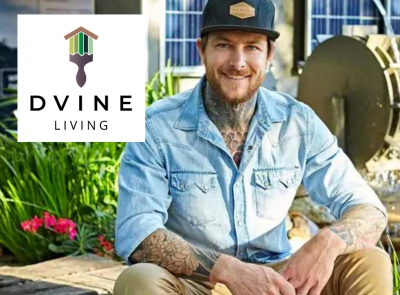 Series 2 on 7two 2022
https://dvineliving.com.au
First series just aired August 2021 on 7two, catch-up on 7plus.
Dvine Living is for the next generation of DIYers – with The Block’s superstar Dale Vine bringing you all the tips and insights to backyard renovators and home makeovers in this highly accessible eight-part series. With over 250,000 social media followers, Dale has gained a cult like following on his social media platforms. His love for construction and gardening will shine through in every episode and Dale will help viewers create their own dream spaces from the initial vision to planning, budgeting and final execution. He is one of Australia’s most loved and bankable DIY superstars and is clearly suited to launch the DVine Living series which will highlight and promote all things DIY, both inside and out.

Series 2 on 7flix 2022
https://naturallivingtv.com.au
First series just aired September 2021 on 7two, catch-up on 7plus.
Former Miss Universe Australia, Tegan Martin hosts the all-new lifestyle show "Natural Living" a fun and informative series walking us through an array of topics from Health and Wellbeing to Fitness, Beauty and Food as we look to discover contemporary options for the Australian lifestyle.

Natural Living will educate and motivate audiences to explore alternate methods across their everyday lives that can inspire healthier, more natural choices each day and integrate them into their busy lives.

It will demonstrate that we are all different and one trend does not fit all. We will cover all the latest exercise trends, skin treatments, and delve into the wonderful world of nutrition and discover the many possibilities for healthy, natural living. 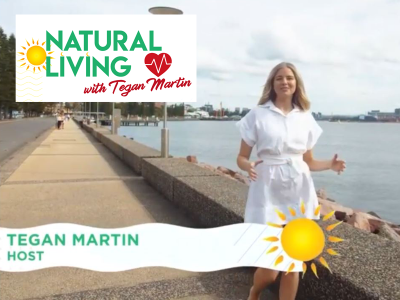 New Series on 7flix 2022
COMING SOON
CEO of Ultimate You Change Centres Andy Anderson, along with guests AFL Legend Robert "Dipper" DiPierdomenico, will host an all new fitness series which delivers on inspiration and perspiration in equal amounts.

Focusing on mindset, nutrition and training (The Ultimate You's three central pillars of health), The Ultimate You follows the journeys of three everyday people (plus Dipper) looking to upgrade their lives. The series will put the real into reality TV as we get to witness the transformative process of regular training, healthy eating and mindfulness.

New Series 2022 on 7mate
COMING SOON
Cool Cars with Dermott Brereton and co-host Elise Elliott
will capture the love affair that Australians have with
their cars like never before. Whether it be a classic, custom-built, muscle car or something just off the assembly
line, Cool Cars will drive it. With an amazing line up of famous cars such as the Mad Max XB Falcon, the Dukes of
Hazard General Lee and the Back to the Future’s DeLorean, Cool Cars will bring out the
inner passion of every car enthusiast and viewer.
If it has a key, if it has an engine, if it has tyres – Cool Cars will drive it.

New Series 2022 on 7two
COMING SOON
Research demonstrates an ever-increasing demand for knowing the what,
why and how of business in Australia. There is no better time to introduce a
new, fresh and innovative program into Australian homes. This series will
provide a vast range of experts in all business genres for a contemporary
unbiased report for “Modern Business Australia”.
Association with Bianca and her show will portray our partners as being in sync and up to date with
all the knowledge and demands of business, as well as being at the forefront of the ever-growing
money-conscious market.
This creates a huge opportunity for brands to be part of this narrative in this informative and
engaging business show. 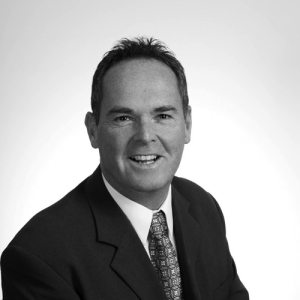 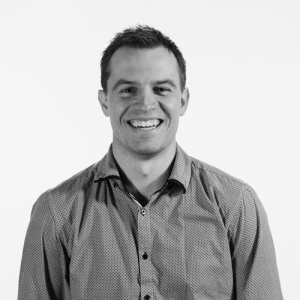 Ben is an award winning creative who has a major passion for the media industry. His love of films lead him into a Bachelor Degree in Film and Digital Media at Deakin University. This then progressed into creating content everyday for broadcast and online viewing. Ben has worked on 1000's of films, videos, TV commercials, documentaries and TV productions. This vast experience in various mediums, allows him the knowledge and creativity to produce content that suits your needs. 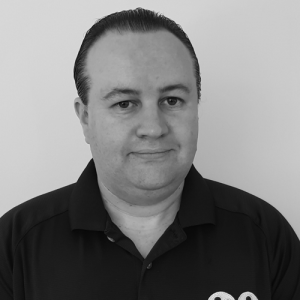 Michael has a strong background in all things Media including sales, producing, camera and audio work. Michael's advertising background is second to none with Michael being one of the brains trust for MCW Productions flagship program Merv Hughes Fishing. 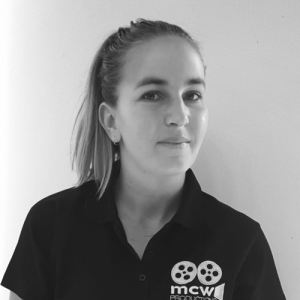 Charlee is the "get it done girl" at MCW Productions, Charlee is the conduit between production, sales and all the day to day activities. Charlee comes from a strong background of hospitality and has exceptional skills for knowing when and why. She has progressed through the sales team to now being Jason Kennedy's right hand in all things MCW. 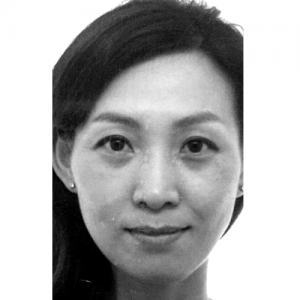 Haiyan heads up our Asian television development department and has worked extensively throughout Taiwan and China. Haiyan is an integral part of bringing East West entertainment into MCW Productions.

“MCW Productions is a strong and dedicated handpicked team which I'm proud to say are the best in the business, whether it be the sales department with Michael and Charlee or production with Ben if you choose MCW for next project you’ve chosen the best”